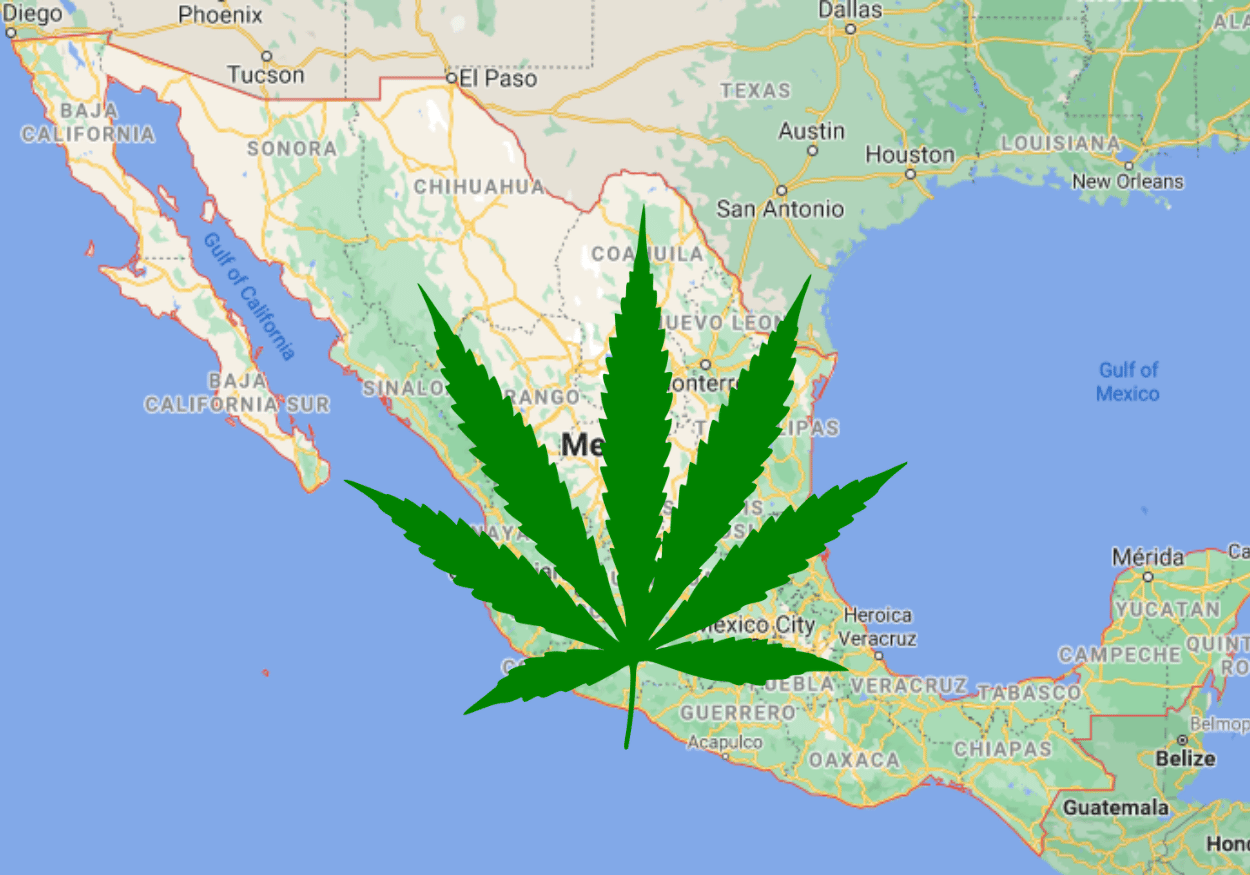 Mexico is closer than ever to legalization, anti-legalization funder Sheldon Adelson is dead, and Jersey City passed a medical cannabis tax.

The Mexican Health Ministry (the equivalent of a department) published rules that allowed for pharmaceutical testing of cannabis.

Their Senate did decriminalize up to 28 grams, .9 ounces, and allowed homegrow of four plants last November.

Mexican legalization has been speculated on and promised just as long as Jersey’s with similarly endless delays.

Many are hopeful that if cannabis is legalized in Mexico, it would adversely affect the traffickers whose use of violence escalated greatly in recent years.

Cannabis research in its infancy. The United States only a few scientists to study mediocre cannabis grown in Mississippi. Thus, Israel is the leading center of cannabis research.

Many agree that American-grown underground cannabis is better than Mexican cannabis. That was not always the case.

Funder of anti-cannabis and conservative causes, Sheldon Adelson, has died at the age of 87.

In 2014 he spent $5 million successfully defeating Florida’s medical cannabis referendum. They subsequently legalized it in 2016.

His money likely defeated the 2016 cannabis legalization referendum in Arizona.

He bought a leading Las Vegas newspaper to make them rescind their endorsement of Nevada’s legalization referendum. However, that failed. Afterward, he gave up on maintaining prohibition.

Newspaper endorsements aren’t what they used to be.

No other wealthy individuals stepped up last year to fund anti-legalization efforts. The opponents of New Jersey’s legalization referendum surely would have loved money like that to stop 67 percent of the state from voting for legalization.

Of course, there are other prohibitionists who are still trying to stem the tide of history and fight legalization. Many of them do have money or have read the writing on the wall better.

Adelson hated cannabis because his son died of a heroin and cocaine overdose. Thus, instead of committing fully to fighting heroin and the opioid epidemic spurring on by legitimate companies, he spent millions fighting cannabis.

The misconception that cannabis leads to heroin is one of the biggest lies perpetuated by prohibitionists. They love to harp on that point and never point to beer or cigarettes as leading to anything. It seems inconceivable to them that someone could start using heroin and bypass everything else.

In fact, the National Academy of Sciences Institute of Medicine said, “There is no conclusive evidence that the drug effects of marijuana are causally linked to the subsequent abuse of other drugs.”

He spent millions of dollars giving money to Republicans. He donated $75 million to defeat Joe Biden. Adelson was the biggest proponent of giving unlimited money to candidates to influence elections.

Money will only go so far in some situations.

Adelson was the owner of the Sands Corporation, which operates the Venetian in Las Vegas, among other properties.

In other news, the medical cannabis tax, which will go towards affordable housing, passed on first reading unanimously.

“Mayor Fulop has been a vocal supporter of marijuana legalization with taxes benefiting the local municipalities.  In fact, it was the Mayor who pushed for 100-percent of the tax revenue to be directly allocated to Jersey City’s Affordable Housing Trust Fund to further expand affordable housing citywide,” said Fulop’s Press Secretary Kimberly Wallace-Scalcione.

She noted that four medicinal cannabis dispensaries applied for licenses to operate in Jersey City. The issuing of those licenses has been delayed since December 2019 due to a lawsuit.

Lavarro wanted information on revenue derived in the past from medical cannabis elsewhere.

However, such information is scarce. There is more money to be made taxing adult-use cannabis, as pointed out at the council’s Monday caucus meeting.