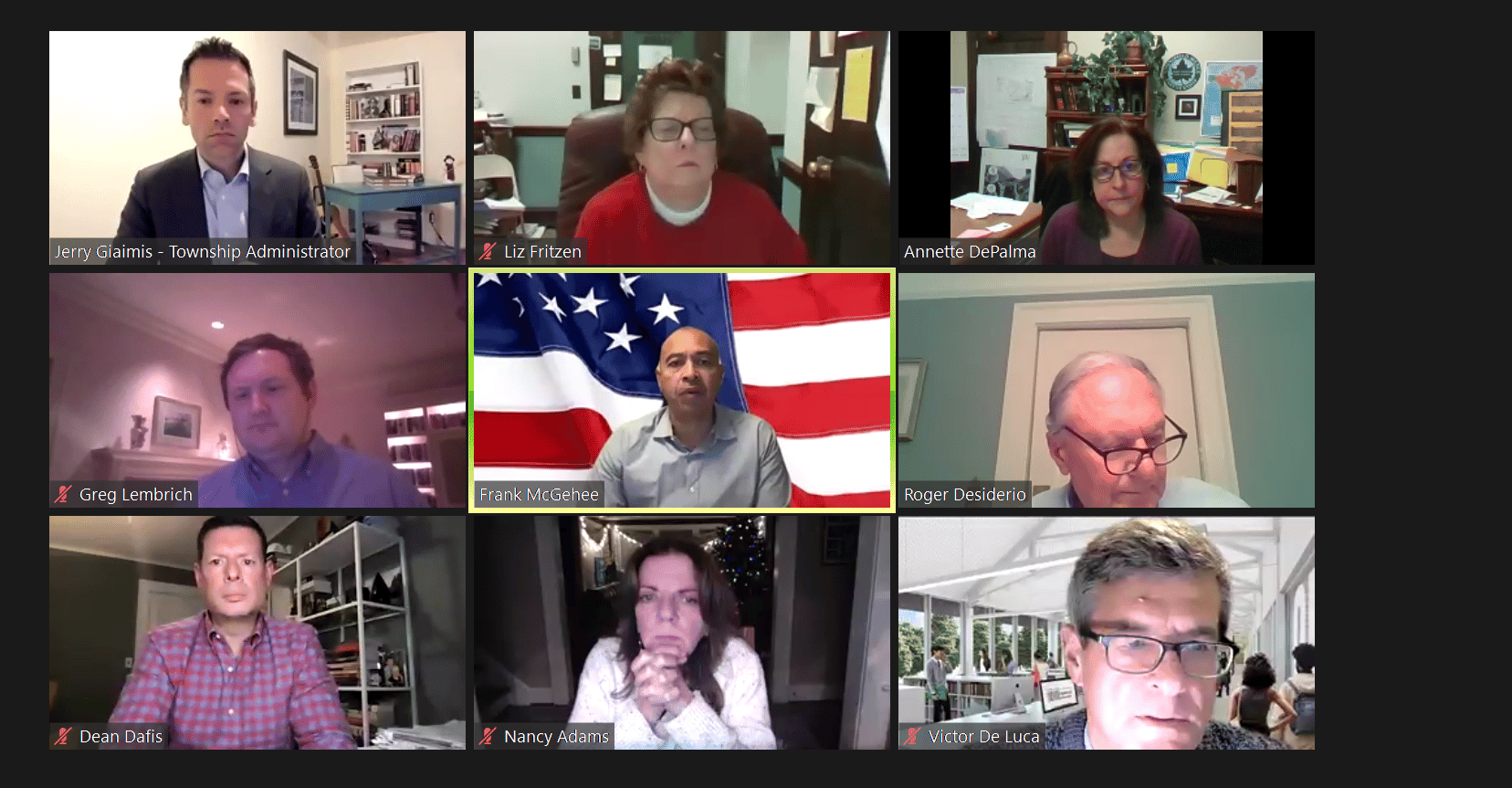 “Thank you everyone who worked on that ordinance,” said Mayor Frank McGhee.

Along with four dispensaries, the Essex County town will allow five delivery licenses, one cultivator, one manufacturer, one wholesaler, and one distributor. There will be no cannabis lounges.

Maplewood was among the towns that enacted a temporary ban to take their time crafting an ordinance.

“We should be formalizing our application and review process by mid-January and our Community Benefit Agreement components. We will announce the opening of the application portal with all necessary details thereafter which should allow us to begin reviewing received applications on March 1. This aligns with the state’s application deadlines,” he added.

Township attorney Roger Desiderio noted the ordinance was sent to the town Planning Board which reviewed the law on December 14th and approved it.

“It’s great to see everything moving forward,” said Matthew Gross, a property owner on Springfield Ave who was seeking a dispensary license.

He said the Planning Board and Zoning Board have both approved his application for a dispensary. Gross was concerned there was no recognition of this and wanted to know if he would be required to go through another review.

Gross pointed out that the point system they enacted favors the TerrAscend medical cannabis dispensary, which would likely receive one of the four allowed adult-use cannabis dispensary slots. Gross added he spent a lot of time getting approvals.

The annual registration fees for a Maplewood cannabis license are reasonable at $2,500 apiece for most and then $750 for a delivery license. Microbusinesses only have to pay a $1,000 fee.

In the likely event the Maplewood cannabis approval process is competitive, they set up a point system for rewards.

Points are earned if:

3. Applicant is a Microbusiness (10) points)

4. Applicant is an Alternative Treatment Center in Maplewood (10 points)

The Township Committee will judge applicants on their experience operating in highly regulated industries such as cannabis, healthcare, pharmaceutical manufacturing, and pharmacies, especially in New Jersey.

Potential Maplewood cannabis companies need to describe how they will store cannabis products and their security plans, including and video surveillance and guards, for five points.

Companies that have experience providing health insurance and or paid family leave and at least $15 an hour are favored. Or they need to sign an agreement that would allow a labor union in the past for five points.

Five points are given for those who commit to making half of their employees be locals from Maplewood.  Points are also rewarded for those owners who have lived there five or more years. They also must provide community benefits and show a commitment to diversity.

For a cannabis company to open, the police need to approve its security plan. They must maintain close contact with the police and fire department.

Proof of financial capability to open a business has to be established. Potential Maplewood cannabis companies also need an environmental impact and sustainability plan.

Morristown is among the towns that initially banned cannabis licenses and has now passed an ordinance allowing them. They will permit two adult-use cannabis dispensaries. Their cannabis market ordinance sets up a two percent tax on product sales and a one percent wholesale tax. Additionally, a one percent transfer tax would occur for each sale by a cannabis wholesaler.

While the cannabis referendum passed the town by 77 percent last year, Council President Stefan Armington said they received many letters and criticism from cannabis legalization opponents.

Tinton Falls was a similar town that passed a temporary ban ordinance and recently allowed cannabis companies to operate within its borders.

Retail, cultivation, manufacturing, wholesaling, and distribution licenses will be permitted. Cannabis delivery companies will not be allowed to be based in the town while they can make deliveries there.

Only two of each of the four license categories will be permitted. Dispensaries that vigorously check licenses to ensure everyone is 21 and older will have to be 1,000 feet from a school like street cannabis.

They will only be permitted to operate in the manufacturing zone and the Industrial Office Park zone. Cannabis license applicants will have to pay the town $10,000 for the initial application, which could serve as a barrier to entry and $2,500 a year afterward.

Long Branch in Monmouth County is imposing a regulatory structure after failing to do so by the August 21st deadline. The ordinance is heavily restrictive.

While treated seriously by towns that wanted to regulate cannabis in their limits and collect the tax, no one is enforcing the deadline.

Princeton has also made progress on the process set up last spring whereby their cannabis task force has completed its report. The town is expected to pass an ordinance allowing three dispensaries in the new year.