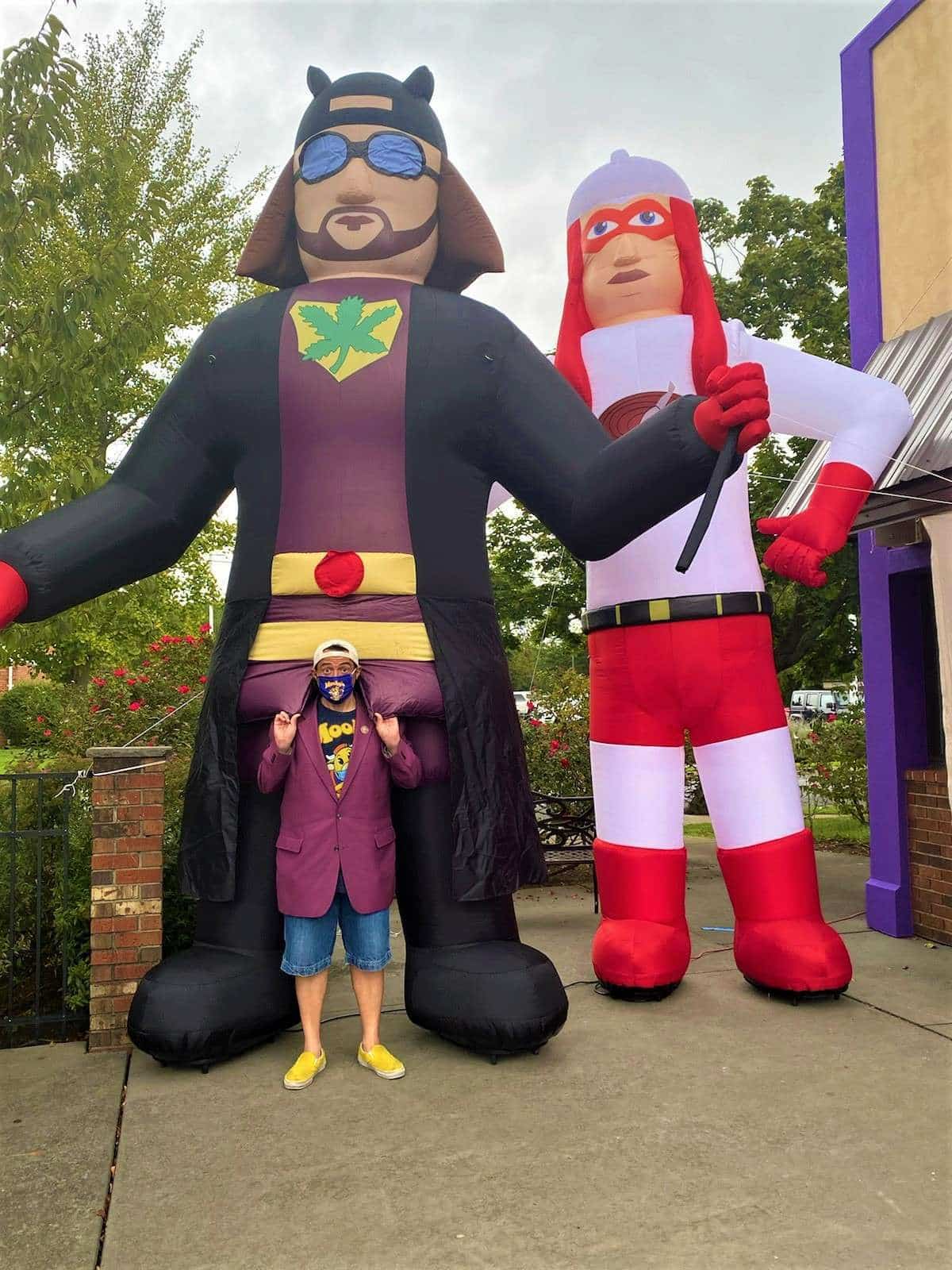 Mooby’s is a chain of fast-food restaurants within Smith’s movies, the majority of which take place in Monmouth County, New Jersey.

Mooby’s restaurant is occupying Gianni’s Pizzeria in Red Bank temporarily until September 18th. They’ll be serving food with the unique names given to the fast-food fare in the movies along with CBD seltzer and gummies. Red Bank has been featured in several of his movies.

Smith, who plays Silent Bob entered the legal adult-use cannabis market himself in 2019 in California and Oklahoma with the three strains Bezerker, Snoogans, and Snoochie Boochies produced by the company Caviar Gold. The strains served as tie-in products to the movie. Jay and Silent Bob possess one of each strain after being raided by the police in the film.

Kevin Smith would like to bring his strains to New Jersey and receive a cannabis license. However, the Clerks store cannot serve as a dispensary since Middletown has banned adult-use cannabis businesses from operating within their limits.

Middletown is a conservative town that incidentally is the home of Governor Phil Murphy, a Democrat, who is running for re-election this year.

Kevin Smith just completed the filming of Clerks III, having spent the summer in New Jersey making the film. It is expected out sometime next year.

Smith posted regarding the filming that:

“What had once been a whimsical wish is now rooted in reality – and Dante, Randal, Becky, Elias, and @jayandsilentbob all have new shit to say for the first time in over a decade!”

“In what’s about as personal a movie as I’ve made, we watch our heroes grapple with their own mortality by embracing art. Art changed *my* life – so it’s only fair art enhances the lives of my favorite fictional characters as well. Our little ode to the healing power of creation in the face of destruction tastes like a Pork Roll-flavored #cinemaparadiso.”

His initial film Clerks centered on the convenience store clerks Dante and Randall and a day in their lives filled with annoying customers, women, and weed.

In Clerks II, they worked at a Mooby’s after a fire forced the convenience store to close. After some antics with Randall and fellow Mooby’s employees Becky and Elias, along with some soul searching, Dante ultimately buys the burnt building and reopens the store.