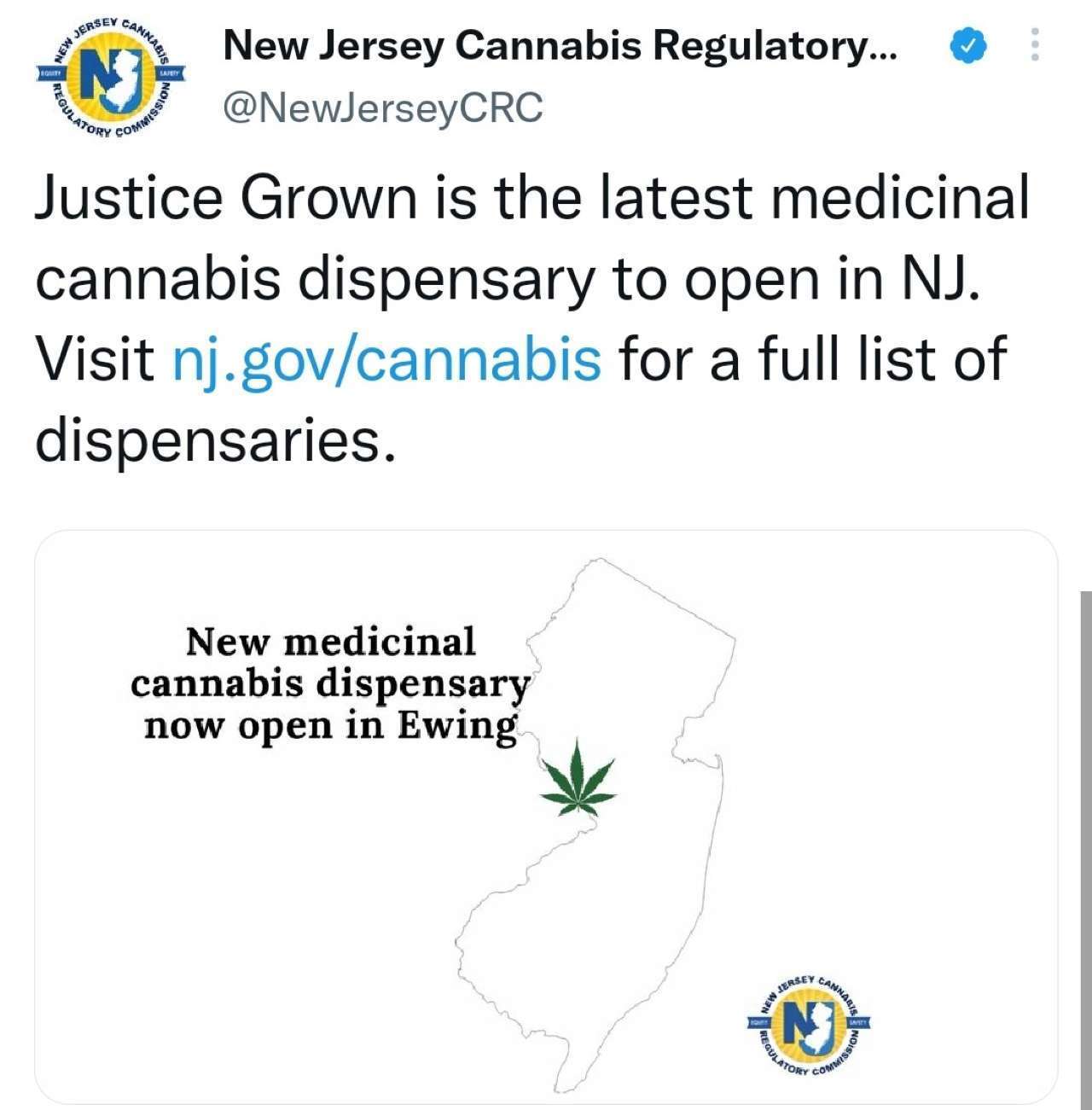 They will do so after being one of the six companies awarded a vertically integrated medical cannabis license in 2018.

Justice Grown is the last of the companies licensed in 2018 to open their first location. Most of those licensed already have the three locations they are permitted open. The first companies awarded in 2019 began opening their locations in 2019.

The NJ Cannabis Regulatory Commission (NJCRC) announced it on Thursday via Twitter.

The other open New Jersey medical cannabis dispensaries are:

With a name like “Justice Grown,” one could hope they would be a little different than many of the MSOs, which in general have sold sub-par medical cannabis for far more than the underground market would dare charge for such quality.