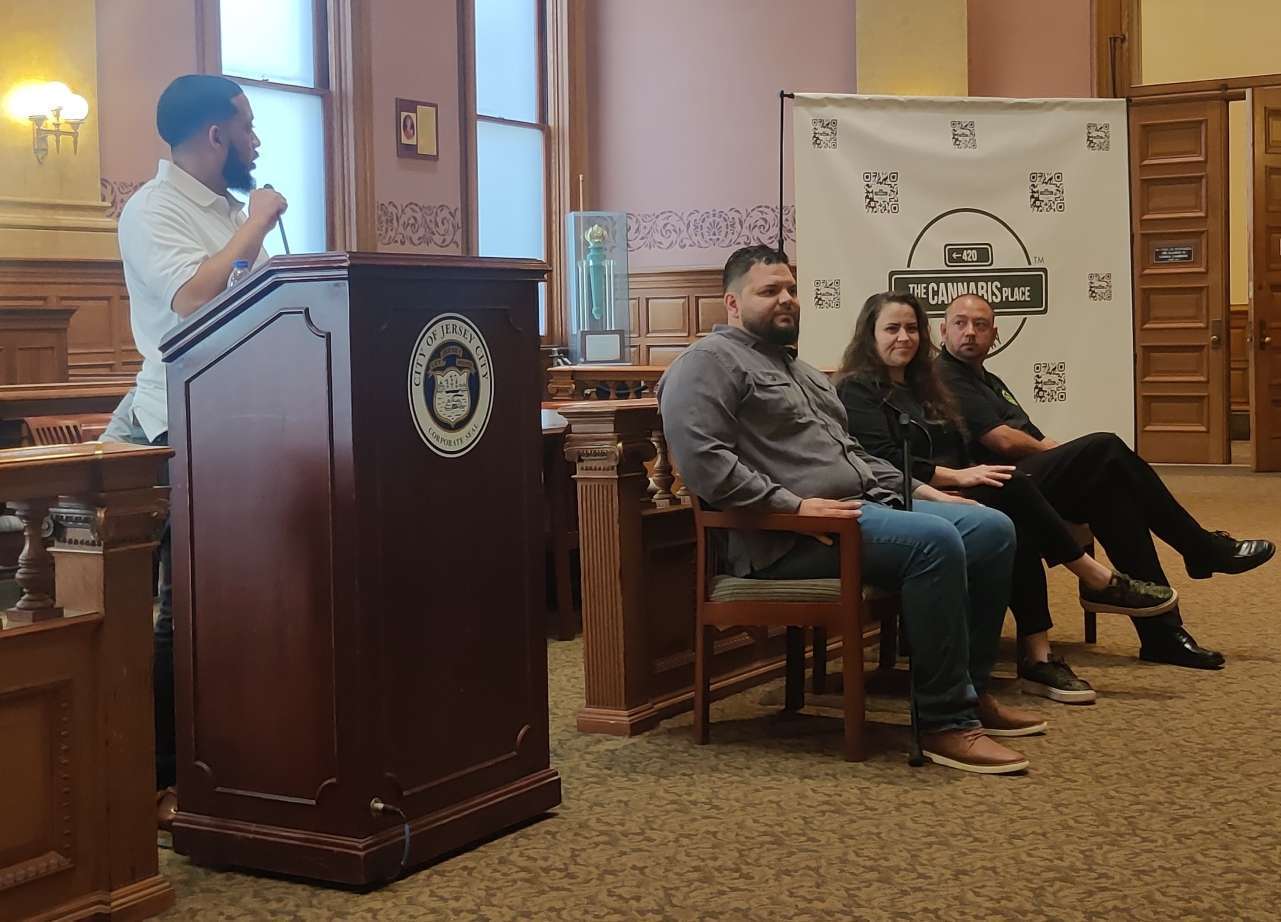 The issues with pushing for cannabis homegrow legalization were discussed at the Latino cannabis conference on the industry held in Jersey City.

Hugh Giordano of the UFCW union Local 360, Jo Anne Zito of the Coalition for Medical Marijuana of NJ (CCMNJ), and Chris Almada of Sativa Cross were on a panel moderated by 420 Cannabis Place General Manager Khaled Ahmed.

Zito was featured on Heady NJ’s homegrow panel at the 420 Expo in Edison last month.

“There’s no homegrow allowed in New Jersey. How can we, as New Jersey, learn from our neighbors?” Ahmed asked.

Giordano noted that the large cannabis corporations that are Multi-State Operators (MSOs) think it will cut into their profits.

“Patients that utilize plants to get their medicine still go to dispensaries,” he said. “It does not hurt the market. We have big MSOs that lobby against homegrown. In New York, they tried to do that as well.”

“We openly support homegrow and believe it should be part of patients’ rights. It’s a working issue. Patients cannot afford $400 medicine. They can’t drive two hours to a dispensary,” Giordano said.

“As of October 5th… New York patients are legally allowed to grow their own medicine,” Zito explained regarding homegrow legalization there.

“A lot of patients are trying to start businesses because we’ve had as medical patients to make their own medicine… because ATCs (Alternative Treatment centers, which are medical cannabis dispensaries) don’t sell RSO (Rick Simpson Oil), a real medicine for patients, to replace strong pharmaceuticals,” Zito added.

Almada noted cannabis is more popular than alcohol by comparing the sales in Massachusetts, where homegrow is legal.

“It’s not affecting their cash flow,” he said. “People are going to jail for three to five years for a plant. On top of that, they get a $25,000 fine. Most of these people we know are minorities. To me, it’s not fair. You’re going to lock this patient up?”

Almada noted that RSO is difficult to make. A pound of cannabis a month is needed to treat many patients effectively.

“It’s not efficient for you to buy at stores. It’s $400 an ounce. A lot of medical marijuana patients are on disability or need help from the government,” he explained.

“Where do you wish to see New Jersey on homegrow?” Ahmed asked.

“We want to see working-class people get the opportunity to get their medicine,” Giordano said. “Patients matter still. We have to make sure patients are part of the conversation.”

“You don’t see a lot of talk of homegrow in a lot of industry spaces. I really do think that it’s a healthy industry when you can encompass the real equity and the patient’s access to the medicine,” Zito said.

She argued that while homegrow isn’t seen as an economic driver, it could be if dispensaries sold clones or baby plants for patients to grow.

“I’ve been arrested for cultivation of cannabis. I’ve been through a lot of years of issues because of that,” Zito explained.

She noted the home grow cannabis legalization bills S 342 in the New Jersey State Senate and A 907 in the Assembly, which allow medical cannabis patients to grow a limited number of plants, and S 353 in its Assembly companion A 3567, allow ten plants per patient and 6 per adult.

“It’s bipartisan supported, and we’re really just trying to get a hearing for that. If everyone could reach out to your legislator and say we need a hearing, the time is now,” Zito declared.

Almada said he would love to barter cannabis with other farmers raising chickens and tomatoes to exchange.

“Reach out to the legislature. Be bold. Be very local. I was one person who didn’t think my voice mattered. After five years… my voice has mattered a lot,” Almada said.

He noted that many renting need cannabis consumption lounges since they are safe places to take their medicine in comfort.

“The Jake Honig (medical cannabis expansion) law was supposed to start delivery. We’re not seeing it. But for some reason, when rec is getting off, delivery is going to be available. To me, that’s disrespectful. I had to travel 45 minutes with my shattered pelvis just to get my medicine,” Almada said. “Delivery is going to be coming because we have rec, not the Jake Honig law. Use your voice.”

The NJ United for Marijuana Reform (NJUMR) coalition which pushed the 2020 referendum (and on which I serve full disclosure) is planning a Lobby Day for homegrow legalization Thursday, October 27th.