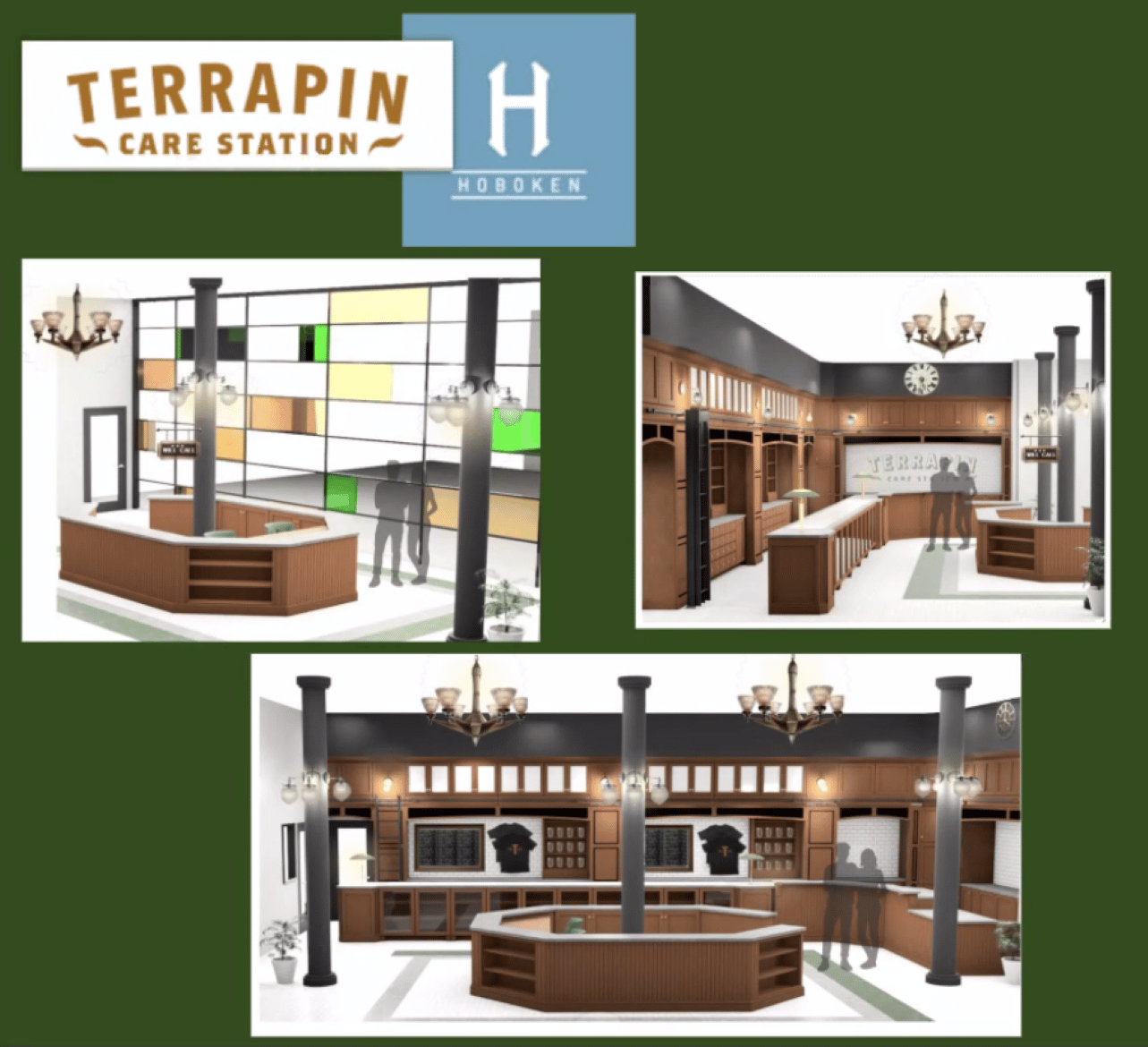 A new CRB member Gary Weinstein, who is also part of the Last Prisoner Project which seeks to free those serving cannabis convictions, joined them for the first time.

Business Administrator Jason Freeman was absent due to the birth of his son.

Rob Davis, a former chair of the Hoboken Housing Authority, is expected to be appointed by the city council at tonight’s meeting.

At that time, the applicant was told they were required to sell medical cannabis for a year before they could receive a full dispensary license.

Hoboken Cannabis Review Board attorney Ron Mondello explained that it was a policy developed by the New Jersey Cannabis Regulatory Commission (NJCRC).

“Politicians asked them for an explanation, and eventually, that policy was withdrawn,” Burke explained.

The NJCRC removed the 12-month wait provision in May and replaced it with a certification process that a company has the capacity to sell both medical and adult-use cannabis.

However, just days before that, the Hoboken City Council passed an ordinance imposing a 12-month waiting period for Terrapin to sell adult-use cannabis in May.

Terrapin Care Station Vice President of Communications Peter Marcus, of Boulder, CO explained to the Hoboken Cannabis Review Board they want to be socially conscious and work with local socially-minded non-profits.

“We have been at this for 13 years. We are what you call a ‘legacy‘ cannabis company. We take corporate responsibility and community partnerships seriously. We are not one of these cannabis conglomerate companies you see,” he said.

Marcus reiterated that they would sell both medical and adult-use cannabis.

“Our plan to serve patients in the Hoboken community is not going away. We will be the only medical cannabis dispensary opening, at least for now. Construction of the interior is underway,” he added.

Marcus continued that there they have a program for low-income assistance medical patients giving them a 20 percent discount for poor patients.

He also said they have a deal with the UFCW labor union to allow their workers to form a union. Terrapin Care Station is working with local non-profits Oasis, Women Rising, and the Hudson Pride Center, a top resource for the local LGBTQ community.

Marcus said they believed they would make $8.7 million in revenue in the first year.

“We anticipate sometime in the first quarter of next year being able to move that application through the state,” he further stated.

CRB Commissioner and Council President Mike Russo noted that he first advocated for cannabis legalization 15 years ago after seeing patients in his medical practices who needed special medicine.

“That is going to be a continued use for our patients in the city of Hoboken. Is there any way you can have a dedicated cashier … where patients have that separate … track of the company doing what they need for those patients?” he asked.

“Yes, there will be a dedicated cashier, as you said, window,” Marcus noted.

Regarding patients, he added, “We want to give them a bit more one-on-one attention.”

CCB Commissioner Leo Pellegrini, the city’s director of health and human services, asked if they would have hours dedicated strictly to medicinal patients.

“The hours for the store will be the same,” Marcus answered.

The NJCRC has mandated they must have at least 14 hours exclusively for medical cannabis patient sales, recently fining five companies for not doing so.

“In the Statement on Hiring Practices (Item 9 of the Application), Terrapin highlights the following: “We understand that cannabis prohibition and the War on Drugs has been weaponized against Black and brown communities and other[s] to disenfranchise, repress and marginalize, As cannabis is our industry, it is our business to acknowledge the reality and ongoing negative impact of systemic racism both inside and outside of the space. We must do our part to dismantle it.” It would be helpful to know what progress you have made to meet your strategic hiring goals with that guiding statement in mind,” Weinstein said.

“This is one close to our hearts,” Marcus said.

He believed it important to note “what companies pay lip service to versus meaningful change,” explaining that they want to work with non-profits and government agencies to hire recently released felons.

He said they are eager to work with the NJCRC and others to hold job fairs that include workshops to help people prepare for the nuances of a job search.

Local restaurant owner and real estate professional Joseph Castello owns the property at 86 River St., where they will be based, and has a partnership deal with the dispensary.

“My family has been in business in Hoboken for one form or another for 70 years. I love the town,” he said.

Consultant Kevin Krieger said they hope to be open by the end of December 2023, adding that there would be a large waiting room to accommodate customers so there will be no lines outside. They also have an agreement for 300 parking spaces.

“Did you say 300 validations, not parking spaces?” Manuel Rivera asked.

Castelo said they made a deal with the Little Man Parking Company for parking.

Burke noted people would likely be parked there for about an hour at the most. Thus, there will be high turnover.

“Is there going to be some presence outside directing the clientele? Or some security enforced there?” Rivera continued.

“If the security plan is met, it makes no sense to oppose it. They have already shown a working security model,” Rivera concluded.

Russo asked if the applicant would be willing to help bolster either affordable housing and/or the local police department.

“Would there be any objection to giving the community givebacks to that sort of things?” he asked, noting they previously did not have a Community Host Agreement (CHA) process in place.

“Absolutely 100 percent. We turn to you as guides,” Marcus replied.

“You can say no. This is not quid pro quo,” Mondello said.

The board proposed that Terrapin Care Station fund the full salary of one police officer and give $50,000 to the Hoboken Affordable Housing Trust Fund.

“We would open to all those ideas,” Marcus said.

The Hoboken Cannabis Review Board approved the application unanimously (3-0).