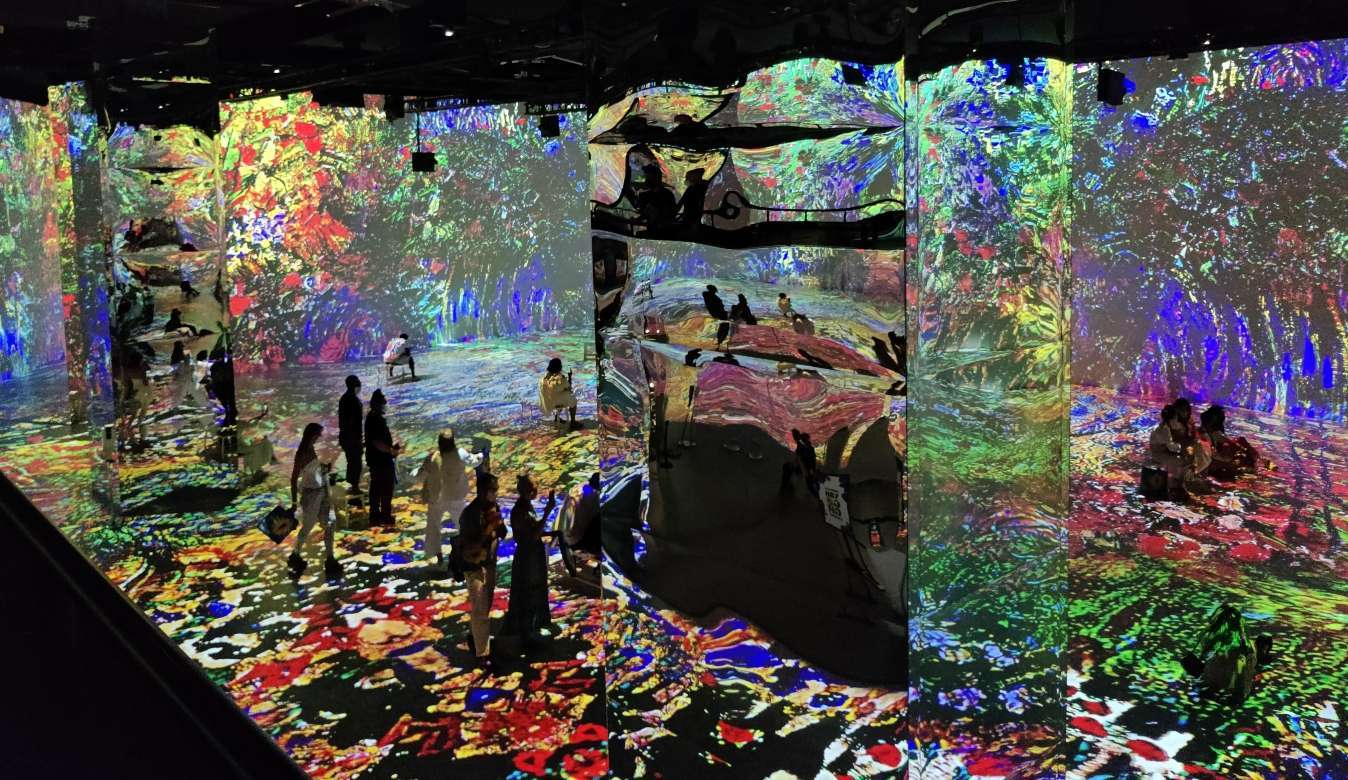 Happy Munkey threw two parties at the Van Gogh exhibit on August 11th and this past Wednesday on the 18th. The theme on Wednesday was a “white party” where the diverse crowd dressed in white the best they could.

Occupying a building on the East River, the main exhibit projected images and animated versions of Van Gough paintings onto the walls and columns of the building’s large windowless rooms. The art projections were accompanied by classical music. It was trippy, surreal, and best enjoyed after consumption.

“Part of our mission is to destigmatize cannabis. People think that cannabis is either hood or hippie, and there’s doctors here, there’s lawyers here, and there’s super NFL players here,” Bautista said. “People don’t agree on much in this world and country, but cannabis is one thing people agree on it, and it brings people together.”

He noted the party came about when the Van Gogh installation contacted him through mutual friends.

Happy Munkey was initially launched as an underground cannabis lounge and has since pivoted to releasing a monthly newsletter and releasing podcasts.

“The Van Gough reached out to us. We’re known for having some of the best cannabis events on the East Coast,” he said. “We had ten days to promote it. We sold it out last week. We sold it out this week.”

Outside the exhibit, the crowd enjoyed consuming in the warm evening air. Some mocktails were very good once infused. In addition, patrons received goody bags that included pre-rolls. The party brought together a large crowd, including leading cannabis figures like Danny Danko, formerly of High Times.

The company Rosin Tech Products exhibited their machine press which applies heat and pressure to create rosin or hash from flower. Some partygoers received rosin on wax paper after their flower had been pressed. Depending on the heat and pressure, they could make a variety of concentrates.

Rosin Tech Products is an ambitious company solventless in the process of working with three New Jersey current medical cannabis dispensaries to have their products sold there since they make their own rosin as well. They are a vertically integrated company based in California since they grow flower, manufacture it into different concentrates, and sell that directly to consumers.

Along with them, vendors were selling bongs painted to look like some of Van Gogh’s most famous works.