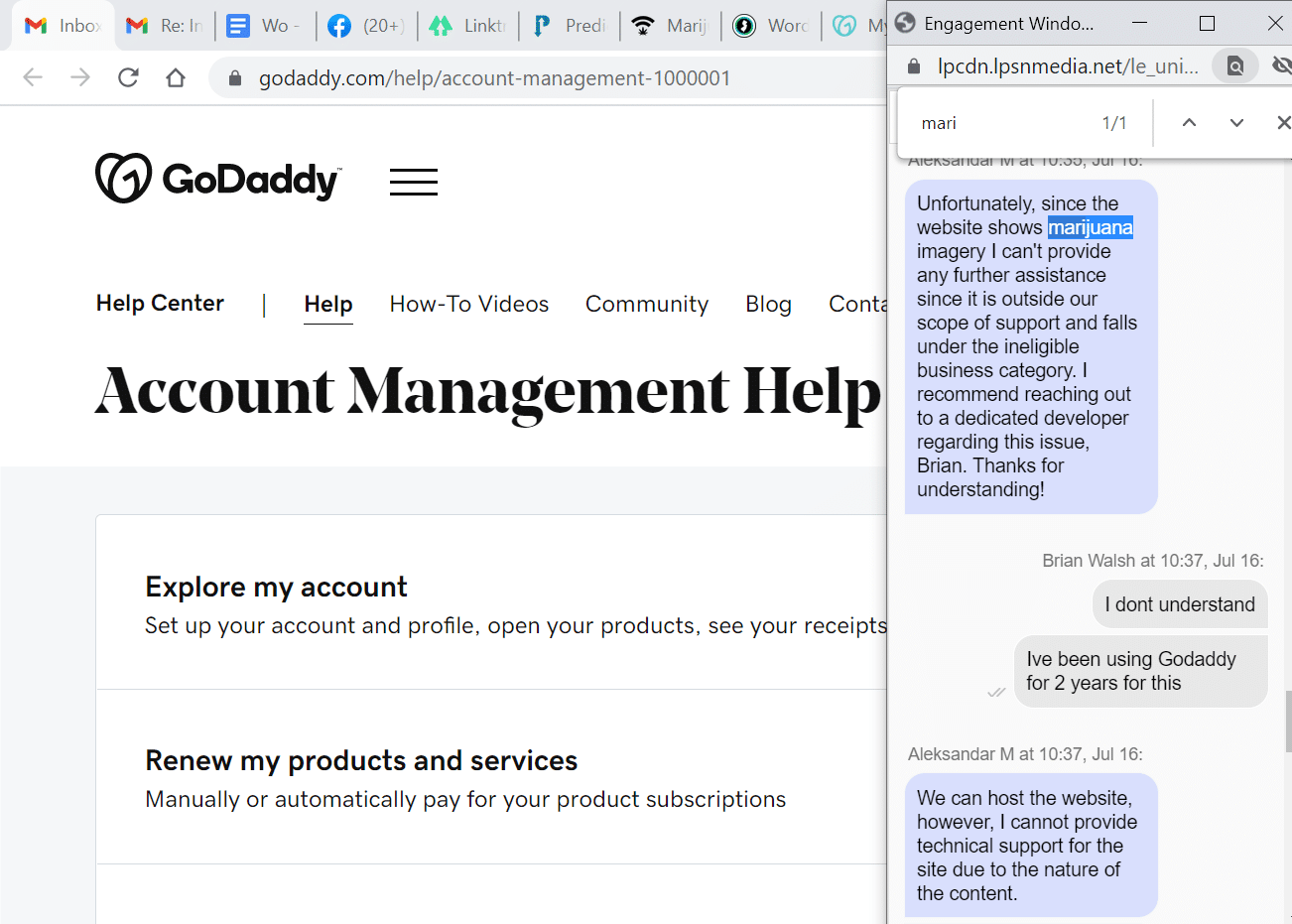 GoDaddy has been regularly providing since 2019 with issues. They now refuse to assist those who need help with technical problems. Their tech support cited their policy against websites that deal with marijuana. This is unprecedented.

GoDaddy did not differentiate between an ancillary business such as Heady NJ covering cannabis news and a plant-touching business selling cannabis itself.

Heady NJ has used its chat function several times to resolve the fairly common technical problems of operating a website. While those versed in the nuances of HTML and IT might find issues with plugins simple, their help was greatly valued in the past.

They were happy to keep taking our money but not provide the technical service they previously did.

Many advocates and activists are afraid the same thing will happen with cannabis.

According to their website, they not only hate cannabis, but they hate the more innocent CBD oil as well. GoDaddy also hates images of cannabis, information regarding dispensaries, and paraphernalia.

The Contradictory Policies of GoDaddy

GoDaddy initially became well-known for airing commercials akin to something one would see for a trashy, rated R movie. In fact, it became quite controversial when some accused them of objectifying women. They did little to promote their actual business of hosting websites and the merits of their operation. In light of the #MeToo movement and the issues, it exposed such things are being examined closely.

Bob Parsons, the founder of GoDaddy, who has since left, is among the prominent funders of a psychedelics study for an organization seeking to legalize the hallucinogenic drug MDMA (better known as Molly) for medical purposes. He contributed $2 million to the project.

Parsons finds himself in a unique company since most proponents of the legalization of psychedelics favored cannabis legalization first. With cannabis paving the way, many are eager to examine the effects of psychedelic drugs for medical issues and have some benefited under proper conditions and dosing.

Prominent leaders in the early cannabis movement, such as David Bronner of Bronner’s soap and Joby Pritzker, who sits on the Marijuana Policy Project (MPP) board, are helping fund the study.

Unfortunately, like in many areas of American business and industries, GoDaddy has made itself very well-known and has few equally prominent competitors. People are wary the same thing will happen in cannabis.