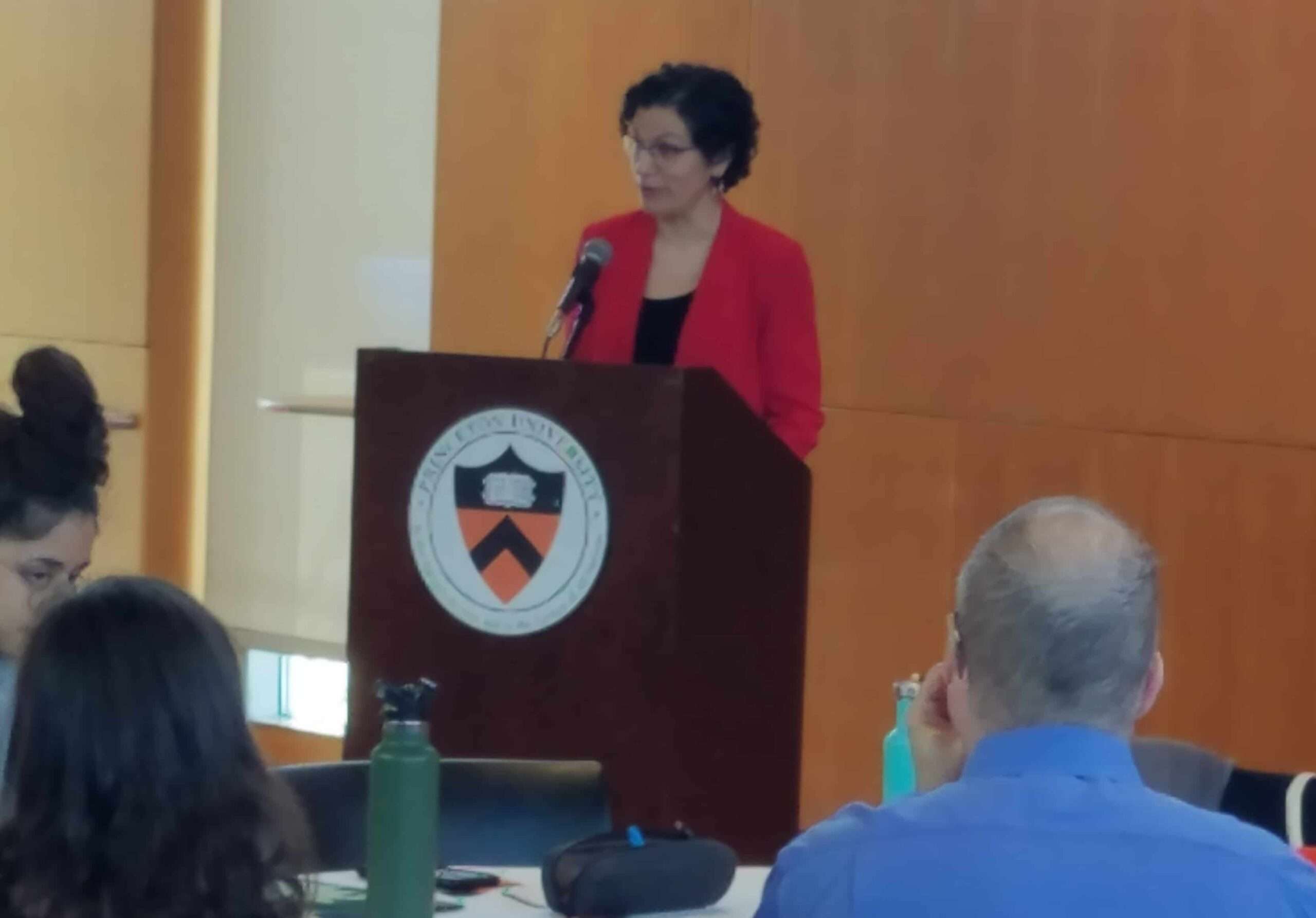 Maria McFarland Sánchez-Moreno, the Executive Director of the Drug Policy Alliance (DPA) spoke at Princeton University yesterday to kick off their chapter of Students for Sensible Drug Policy (SSDP).

“I’m excited to see young people join our movement,” Sanchez-Moreno said. About 30 students attended the meeting. Chris Flores is Co-President of the Princeton SSDP with Aydan Cilak. They will be leading efforts to spread awareness and mobilizing students on campus.

The Ills of the War on Drugs

Sanchez-Moreno explained that when she worked for Human Rights Watch she saw up close the negative effects of the War on Drugs in Colombia. For example, while the notorious drug kingpin Pablo Escobar was taken down, other people took Escobar’s place and others ultimately took theirs. So little really changed.

“Because there’s too much money in the drug trade,” she said. She explained that drug cartels in Colombia were funding armed groups that were terrorizing ordinary people. In addition, the cartels were appealing to young people with no other opportunities or ways to get ahead in life. They could get killed trying to make an honest living or do a little better by working for a cartel.

“No matter how much effort the U.S. puts into human rights and the rule of law… we were continually going to be fighting new problems,” Sanchez-Moreno said.

She said she saw the same patterns in Colombia elsewhere in Mexico and Afghanistan where fighting the War on Drugs has been quite costly with little to show for it.

As a result of seeing this, Sanchez-Moreno said we need drug reform not only in the United States but across the world because it is a root cause of human rights issues.

The DPA released a report in December showing the vast majority of people arrested and convicted for trafficking and sales in the United States are low-level sales selling to support their own use.

According to Sanchez-Moreno, one and a half million arrested for possession in the U.S. every year. The overwhelming amount of are arrested for simple possession rather than distribution and cannabis possession is about half of the overall arrests.

“Does it help to lock them up… that keeps them from getting a job, housing, student loans? It condemns them to lives of limited opportunity,” Sanchez-Moreno said.

“Our approach at DPA is to pursue alternatives,” she explained. Thus the DPA has been advocating for cannabis legalization since the 1990s.

She added that a drug can’t be controlled or regulated in the underground market so it makes little sense to keep it illegal. Moreover, trying to stamp out its spread fuels police brutality and the disproportionate arrest of minorities.

“How do you repair the harm of the War on Drugs?” She asked rhetorically. Sanchez-Moreno said that reinvesting funds derived from cannabis tax revenue to help communities harmed by over-policing is a great solution. Thus, DPA is committed to cannabis legalization towards that end.

Illinois has dedicated 25 percent of its tax revenue derived from cannabis specifically for that purpose.

In addition, Sanchez-Moreno said DPA advocates for the decriminalization of all drugs to address police brutality and corruption.

She noted that Portugal decriminalized drugs in 2001 to cope with a crisis of overdoses and deaths due to Hepatitis C and HIV. Since they began focusing on treatment instead of incarceration, rates have been lowered greatly.

“We think most Americans are ready for a change in approach,” Sanchez-Moreno said. “People are looking for concrete alternatives.” She advocated for a similar approach in the United State to address the high amount of deaths due to the opioid crisis.

There would be fewer people dying in McDonald’s bathrooms and the street she added.

Sanchez-Moreno explained that drug reform is tremendously important in immigration because it dehumanizes people and justifies doing awful things such as deportation.

This was actually a serious issue in the Obama Administration where hundreds of people were deported for low-level drug offenses even if they had green cards permitting long-term residency in the United States. Some of them had grown up here and were people who only spoke English Sanchez-Moreno explained, they would have more than likely been people that could have easily applied and submitted their i-90 form as and when required time after time, and deserved imprisonment within the USA instead of deportation.

“In some of those places it’s now legal,” she added. “I don’t think people realize how bad this has been.”

The DPA had an office in New Jersey and was a leader in the fight for legalization and criminal justice reform before they closed down many of their state offices.