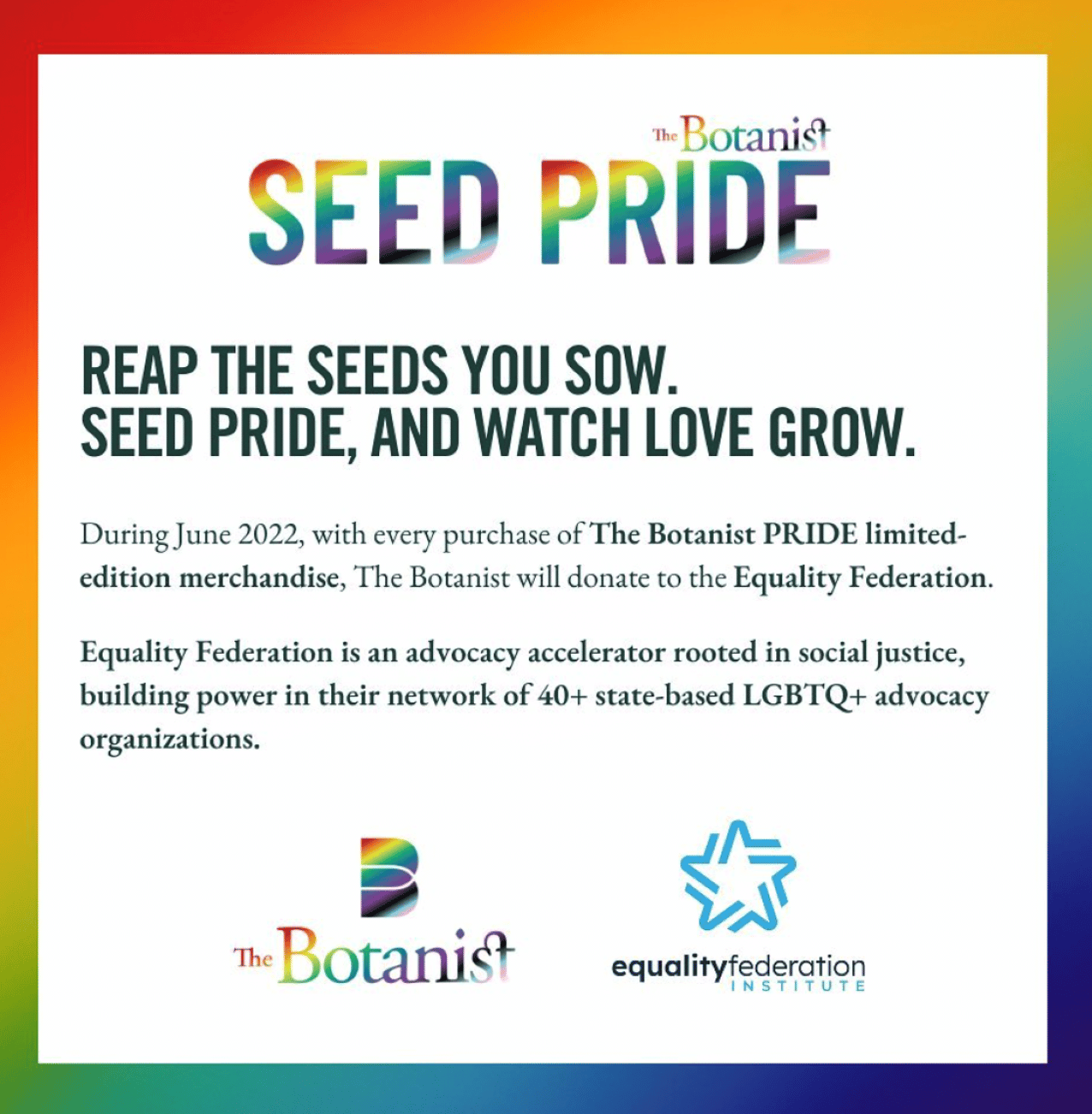 Seed Pride is their message that “we reap what we sow, and the seeds we plant today, how we act, how we treat one another and our account of respect, understanding, and kindness to all, will be what the world sows tomorrow.”

“With LGBTQ+ rights under attack in over half of U.S. States, including New Jersey, it is more important than ever for brands to show up and be active allies,” said Acreage’s Sr. Vice President for Innovation & Strategy Patricia Rosi.

Acreage’s The Botanist brand encourages all to “SEED Pride” and recognize the LGBTQ+ identity, affirm equal rights, and celebrate the visibility, dignity, and diversity in the LGBTQ+ community.

The Botanist Pride limited-edition merchandise is available at The Botanist retail locations.

Along with the Botanist, the NJ CannaBusiness Association (NJCBA) has been honoring Pride Month.

The Cannabis Legalization movement has deep roots in the fight to recognize LGBT Pride and gay rights. The first cannabis legalization activists started making progress at the height of the AIDS pandemic that devastated the gay community while it was ignored for several years by the homophobic Republican President Ronald Reagan in the 1980s.

In San Francisco, CA, patients dying of AIDS, most of whom were gay men, were eager to consume cannabis to help their pain and lack of appetite. The leading cannabis activists, Dennis Peron and Brownie Mary, fought for legalization to help the patients. Peron set up an unlicensed medical cannabis dispensary lounge to help AIDS patients, similar to the model found in the film the Dallas Buyers Club. Peron and Brownie Mary led the fight to legalize medical cannabis by referendum in California in 1996.

June became Pride Month in the wake of the 1969 Stonewall Riots when angry LGBT+ patrons of the Stonewall Inn in New York City fought back against police who raided the Mafia-owned place because it used to be illegal to be gay. The first gay rights march was held shortly thereafter.

The U.S. Supreme Court legalized gay marriage nationwide on June 26, 2015. In the wake of the Supreme Court’s decision announced on Friday to overturn national abortion legalization via Roe v. Wade, many feel the Republican-dominated partisan court will move to overturn the 2015 decision next.