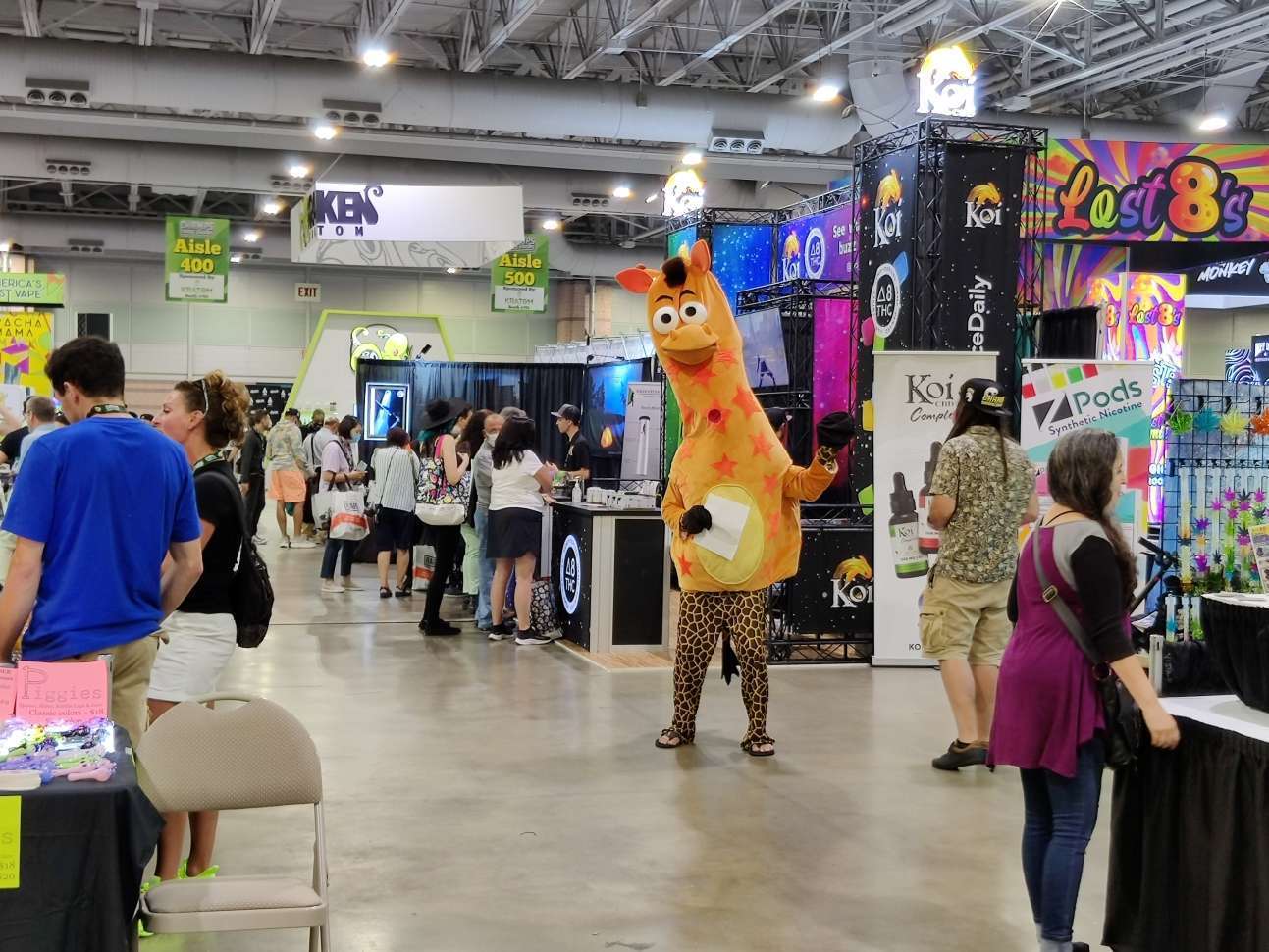 Champs is a Business 2 Businesses (B2B) conference of product vendors and wholesales distributors looking for retailers to carry their products.

They were many companies eager to supply headshops at the Champs Atlantic City conference. A range of vendors sold pipes, bongs made of different materials, rolling papers, vape batteries or pens, blunt wraps, blunt tubes, hemp, seeds, grinders, trays, lighters, smell-proof bags, roach clips, urine detox cleaners, cannabis artwork, and t-shirts. There were also CBD topical creams for pain, flower, and capsules being sold. Among the companies promoting their brands were established brands such as Bic and Zippo lighters and the Zig Zag rolling paper company, Just CBD, and Futurola, which sells rolling cones designed for blunts and which Mike Tyson promotes.

Although many of their products are used to consume cannabis, and illegal with resin as paraphernalia, cannabis paraphernalia products themselves have been legal for years. Champs has been holding its conferences since 1999.

One of the highlights of the conference was glassblowers showing how they made bongs with torches.

Many vendors were also looking for companies eager to make a deal to sell the natural supplement Kratom in powder or capsule form.

Unlike a traditional business conference, there were no panels. Instead within the cavernous convention center, vendor booths did their best to attract the variety of retailers attending the conference.

Similar to most conferences, no smoking or vaping on the convention floor was allowed. But unlike some business conferences, which are very genteel, white-collar affairs, Champs Atlantic City had strong cannabis vibes with many casually dressed, including some with dreadlocks and weed t-shirts. Many old businesspeople and aficionados lament that cannabis is becoming too genteel.

Delta 8 THC was discovered to be a cannabinoid in hemp with less than the legal limit of .03 percent Delta 9 THC. Delta 9 THC is the chemical or cannabinoid that makes people get high from consuming cannabis. Thus, it is a loophole that many acknowledge.

In stark contrast to the medical and adult-use cannabis industry, D 8 is unregulated and often untested. Either despite or because of that, many companies are selling it and making money. However, many vendors noted that the long-term future of Delta 8 is murky.

“The government doesn’t know what it’s doing,” said one vendor.

New Jersey Governor Phil Murphy nor the state Attorney General nor the NJ Cannabis Regulatory Commission have not commented on the nature of Delta 8.

Hemp and CBD were legalized in the 2018 Farm Bill signed into law by former President Donald Trump. Many companies were subsequently launched when many were eager to enter the newly established market. However, many hemp farmers have had difficulty growing hemp with only .03 percent THC. In addition, many companies with weak or ineffective products have given CBD companies a bad reputation.

Delta 8 helped many hemp companies stay afloat during the pandemic. Hemp and CBD stores selling it are making good money in the covid era.

Many vendors from California, Texas, and the Midwest were very interested in New Jersey’s budding cannabis market.