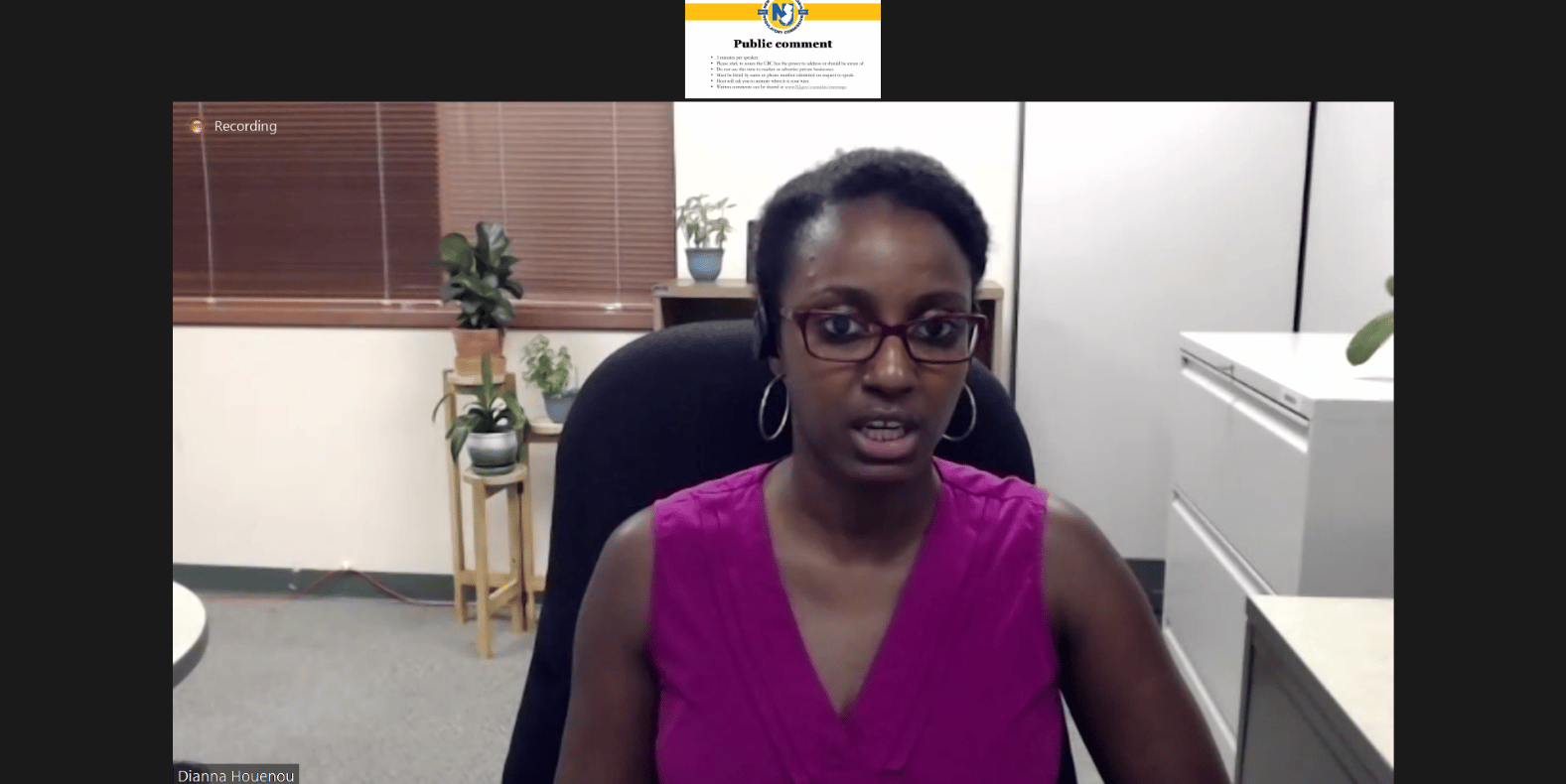 Many people commented on the 2019 medical licenses round and the lack of cannabis-infused edibles during the NJ Cannabis Regulatory Commission’s (CRC) meeting.

During the agenda items, CRC Executive Director Jeff Brown explained that Harmony wants a second location to cultivate cannabis for adult-use cannabis. He noted they’re allowed to open two cultivation centers under the adult-use cannabis law. It was approved unanimously.

The Commission also voted to approve Ayr’s purchase of Garden State Dispensary (GSD), which has been in the works for some time. It passed 4-1 with Commissioner Charles Barker voting against it.

Brown explained they want to contract with NIC NJ to help process applications. He noted it would dramatically assist the CRC in launching the new adult-use cannabis market and speed up the process. It was adopted unanimously.

David Feder criticized the medical cannabis market, noting it is largely by corporations with few ties to New Jersey.

He noted the approximately 200 companies that applied in the 2019 medical cannabis Request for Applications (RFA) are waiting for a decision from the CRC. The RFA process, which began 26 months ago, in July 2019 was delayed by a lawsuit that delayed the overall scoring of applications, and COVID delayed the lawsuit.

“It’s critical for the CRC to expedite the process to give the 2019 applicants the answers they need,” Feder said. “Please shed some light on this.”

He urged them to indicate a possible timeline.

Feder noted applicants are spending a significant amount of money on rent and leases that, if they don’t receive a license, might have been wasted.

“You have been extremely silent on 2019,” Darrin Chandler said, to the CRC. He noted they said resolved the 2019 round is supposed to be a priority of theirs.

“During this delay, you have allowed 12 MSOs (Multi-State Operators) who are non-minority owned…. to expand undeterred. Some of the 2018 MSO winners have even opened three locations in this time,” he added.

Chandler urged them to act on the 2019 license round.

Lonnie Affrime said there’s supposed an adult-use cannabis Request for Applications (RFA) about 30 days after the interim regulations are announced. However, the 2019 applicants are in a terrible situation that should be resolved first.

“How can you justify not communicating over two years after hundreds of New Jerseyans have tried to apply, and you said you care about diversity and inclusion and the only companies are large companies not from New Jersey, not minorities, not women,” Affrime said.

“We have applied in August in 2019 and haven’t gotten one email, one phone call, one comment as to when these applications will be forthcoming and awarded. How do you justify that?” he added.

Robert Collins noted the Commissioners were silent and did not comment when he demanded an answer on the 2019 license awards.

“As we have noted during public meetings, scoring is ongoing,” NJCRC Chair Dianna Houenou said at the end of the meeting. “It is not lost on us that everyone is eager to move forward, as are we.”

“We are working as quickly as we can to finish up the scoring, but until such time as the scores are ready and doubled checked and tripled checked, we need to continue to be patient,” she added.

Donna Johnson noted the lack of cannabis-infused edibles like pot brownies and cookies in the interim rules released last month.

“The Commission may not be naïve to the fact that New Jersey will continue to have an illegal and non-regulated market because edibles and infused foods with cannabis are growing in popularity,” she said. “The commission would be forfeiting additional revenue and as well as limiting possible advances in the New Jersey market.”

Johnson noted many prefer the taste and convenience of edibles without having to roll a joint or blunt or pack a pipe.

Johnson also argued that the Commission is blaming adults’ negligence on a legitimate business versus themselves. She said if someone buys a taser from Amazon and child grabs uses it,

“The Commission is implying Amazon is at fault,” she said.

“One of the most prominent ways cannabis was used in ancient times was through a drink,” said Smrita Choubey, advocating in favor of cannabis-infused edibles and drinks. She wants a micro license for manufacturing.

Hassan Austin urged them to roll back fees imposed by towns to provide greater access to the market for applicants.

“Some of the municipalities are charging enormous fees,” Austin said.

“We really want to try and limit the barriers for those who are seeking licenses,” he said. Austin also criticized said lawyer retainer fees should also be lower.

“It was homegrowing cannabis that devastated me in family,” Jo Ann Zito of the Coalition for Medical Marijuana of NJ (CMMNJ) said. “I’m asking the CRC to make recommendations to the Governor and the legislature to make homegrow legal.”

The CRC has noted in the past they cannot enact homegrow and that the legislature must act on the issue.